In this article, we’re going to examine the details of how WebRTC architecture actually works so that a layperson can understand it.

WebRTC is an open-source project that ties together devices using peer-to-peer interactive web apps. If you’ve had an in-browser video call or played a real-time game through a web browser, WebRTC is probably what drove the back-end technology of how that web application worked.

This can be implemented in different ways, but there are three main architectures which are used in practice:

A hybrid approach is also possible - to use different kinds of architecture depending on the number of participants in the conference. That is more of an optimization and will be covered at the end of the article.

P2P (peer-to-peer) is also sometimes called mesh architecture. This is the most basic architecture and easy to reason about. Each participant in the conference is a peer and sends their video/audio to all other peers by establishing a peer connection with each of them.

Here is a diagram of P2P (peer-to-peer) architecture with 4 participants: 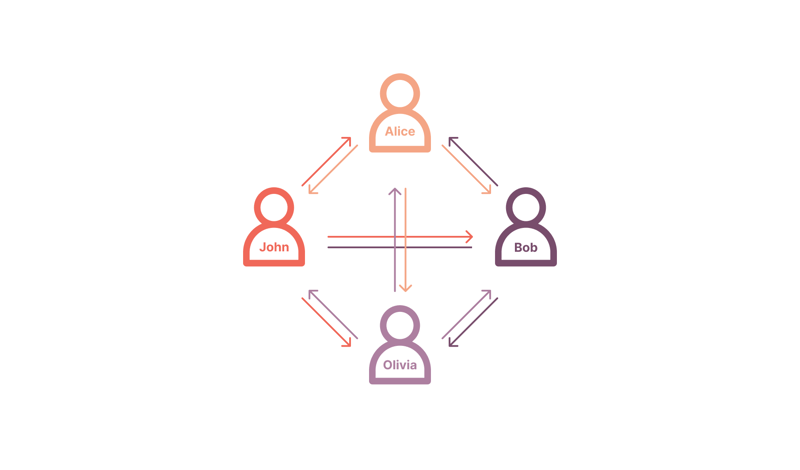 There are no intermediate media servers, so privacy (end-to-end encryption) is achieved by default. While this sounds great, P2P architecture has one very significant drawback - upload bandwidth is not used wisely.

Still, many homes have asymmetrical internet connections - e.g. ADSL (Asymmetric Digital Subscriber Line), where the upload speed is severely limited compared to the download speed. And even if you have a good upload speed, there will still be an issue in an office setting where many people are sharing the same internet connection.

In reality, P2P (peer-to-peer) architecture makes sense mostly for 1-1 calls where 2 people participate in the conference. In that scenario, P2P is still optimal because each of the 2 participants only sends their audio/video one time sends only one time their video/audio.

The above disadvantages make the P2P architecture reliable mostly for 1-1 calls and not scalable. In practice, you won’t often see a video conferencing provider using P2P architecture if there are more than 3 participants in the conference.

This architecture is the main choice in recent video conferencing solutions. There are central SFU media servers which receive the published streams and then route them without modifying them to the other participants.

While obviously some of the complexity is shifted towards the server side it is a huge improvement over P2P, because it solves the upload bandwidth and scalability issue from which P2P suffers.

That way a large amount of downlink bandwidth can be saved and many participants can be displayed in the same grid even if participants have an average internet connection. 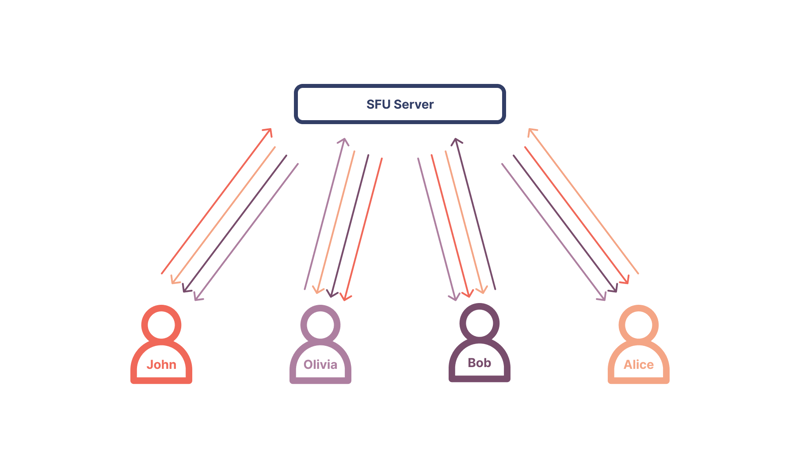 As can be seen by the above diagram each participant publishes once to the SFU media server and also receives each of the other participants' streams.

SFU is much more efficient during upload and scalable than P2P.

Also while users still need to download and decode each of the other participant’s streams, the simulcast technique can be applied to allow a display of up to circa 50 participants in a grid on an average connection and machine.

Then all participants consume this one mixed stream instead of subscribing individually to the stream of every other participant. 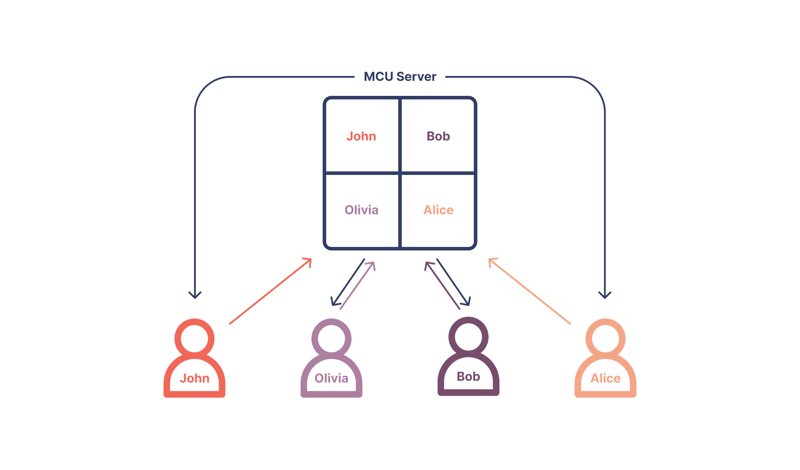 Conclusion: While MCU (Multipoint Control Unit) is the best architecture if the only concern is client-side resource usage, in practice MCU loses to SFU because it is at least 10 times more expensive to deploy it on the server side.

The decoding/encoding and mixing are much more taxing than just routing/relaying streams like SFU. And since companies generally cannot afford to spend at least 10 times more money on the server side, SFU is the reasonable compromise which wins in most cases.

In the hybrid approach, different architectures are used depending on the number of participants in the call. Very often P2P is used for 1-1 calls and the application switches to SFU after a third person enters the call.

That way some server bandwidth/resources are spared during 1-1 calls, which could be a non-negligible saving, since 1-1 calls are pretty popular among people - according to our statistics and research around 50% of the calls are 1-1.

Of course, that percentage can vary depending on the product focus - obviously, products targeted towards large webinars won’t have as many 1-1 calls.

Advantages: Combining several architectures leads to benefiting from the advantages of all architectures depending on the situation. Using P2P for 1-1 calls is saving server resources since there are no intermediate servers.

Disadvantages: Combining several architectures into the same application increases code complexity and maintenance costs. Smoothly transitioning between P2P and other architecture (SFU/MCU) in the middle of a running call is not fully trivial.

WebRTC is a critical technology for the internet in the modern age. After just learning about some of the architecture options for WebRTC that fundamentally drive the technology that we rely on, wouldn’t you like to see an example of WebRTC technology in all its glory?

What if you could also have an expert guide you through the application and give you a tour of modern live-video software?

Digital Samba is a cutting-edge live video conferencing solution that WebRTC on the back end powers. Contact our sales team to get started. 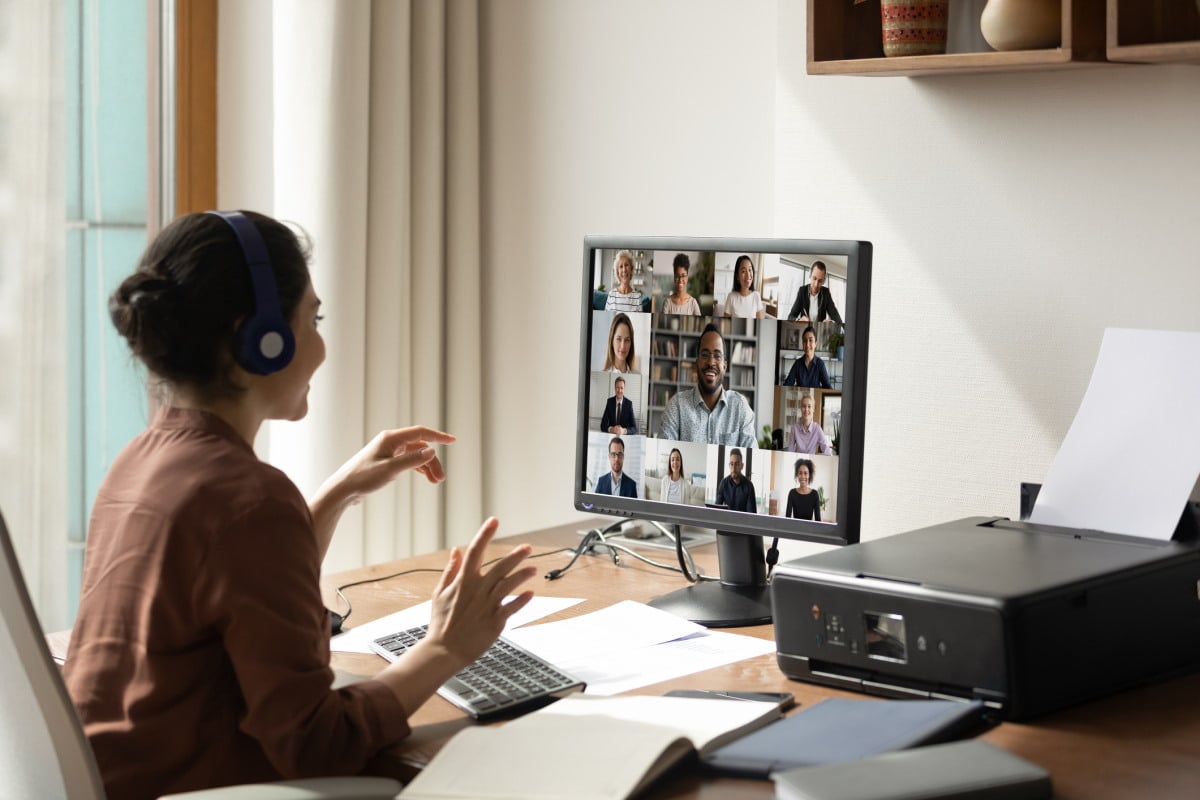 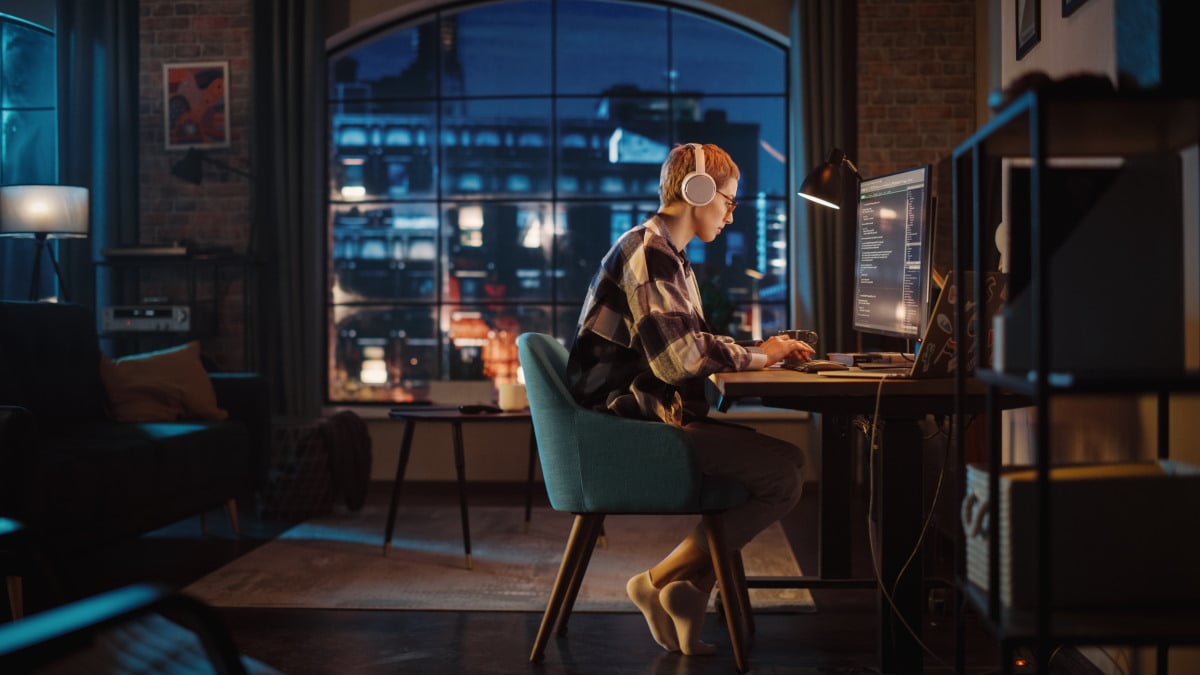 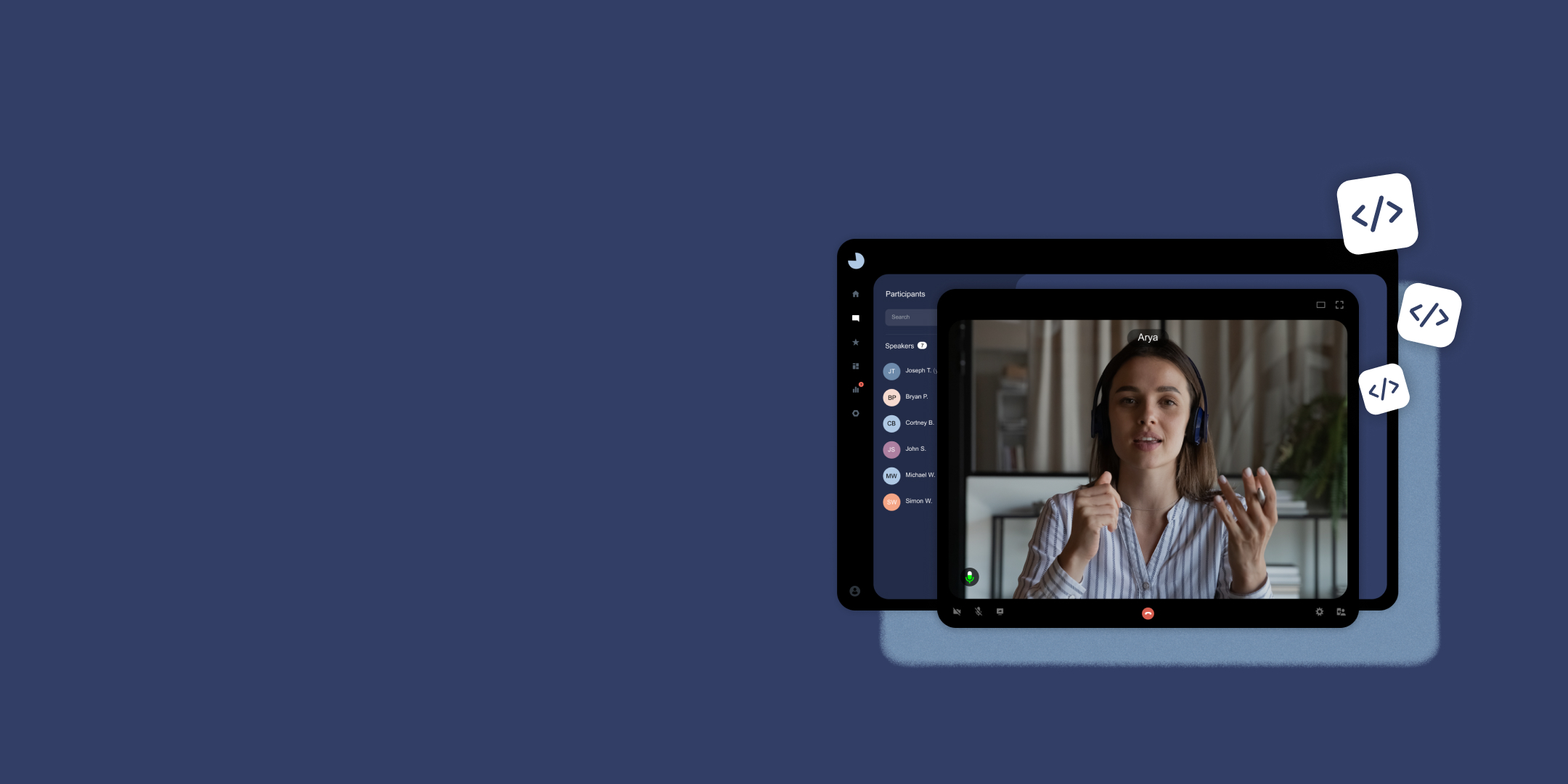 What is Digital Samba Embedded