Live streaming as an industry has been growing rapidly over the past few years. From podcasts to webinar sales funnels, to gaming communities and much more, the prospect of going live to an online audience has enticed many hobbyists and professionals alike into the practice.

The reasons why for beginning live streaming can vary widely, from being a business model on its own seeking monetization through advertiser partnerships to being a promotional avenue for another business – or even just for fun; there’s something in live streaming for a wide variety of people.

However, regardless of why people are live streaming, there are some common principles that generally apply to all live streams.

Every live stream has three aspects that control whether the live stream will succeed or not.

Live streaming live is a fairly involved production that requires some considerations for live stream stability. If your live stream is going offline, it will be difficult for your audience to tune in, and virtually impossible for your stream to grow and succeed.

Likewise, the live stream production quality has a similar effect, meaning that your live stream should look competitively good compared to the industry average. Streaming is a competitive practice.

Every live stream is competing for eyeballs, and the ones that get knocked offline frequently or have poor stream quality will be at a steep competitive disadvantage.

The difference between a live production and a scheduled production is the possibility of engaging with an audience. If you are not planning on engaging with a live audience, then it’s better to produce your show off the air and then later release it wherever you are publishing your show.

Live shows that don’t engage with a live audience have no advantage over non-live shows – but they still retain all of the risks and drawbacks of producing while live.

It’s important to consider how your show will be interacting with the audience. Will there be call-ins? A live-chat? Are you going to poll your audience? 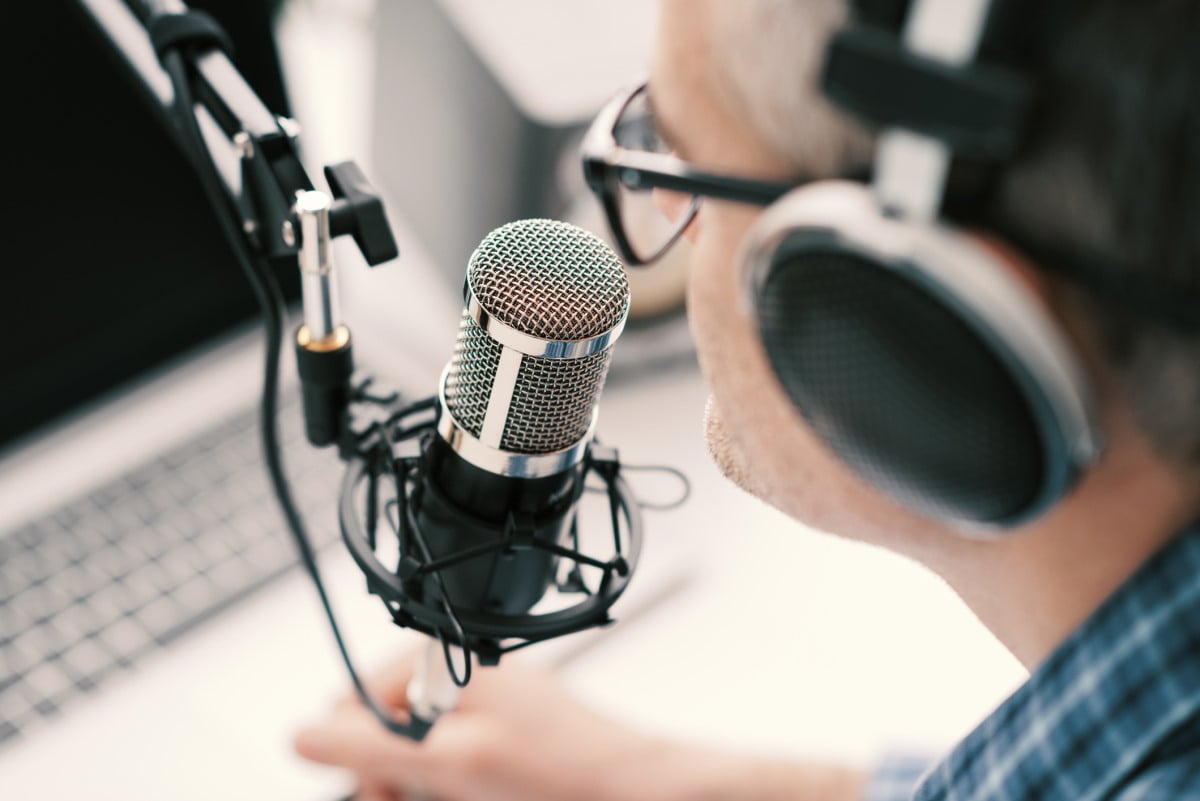 There is an adage that says in order to catch fish you must cast your net where the fish are. The same is true for live streaming.

Broadcasting to venues where there are going to be viewers joining in, and in a way that keeps them tuning in is an important key to having a successful live show – regardless of what your goals actually are with the show.

There are many ways of addressing the three principles of successful live streaming, but here are some sound suggestions to consider.

These suggestions have to do with addressing stream stability and production quality. There are many helpful articles on topics related to these. It’s important to use a wired connection on a stable live-streaming stack.

Additionally it’s worth finding effective cameras, microphones, lighting solutions and some sort of background solution, like a green-screen or ideally an authentic set background. In addition to this, host rehearsal of a live show can greatly increase the quality of the show’s production and help smooth out any awkwardness that could potentially happen live on air. 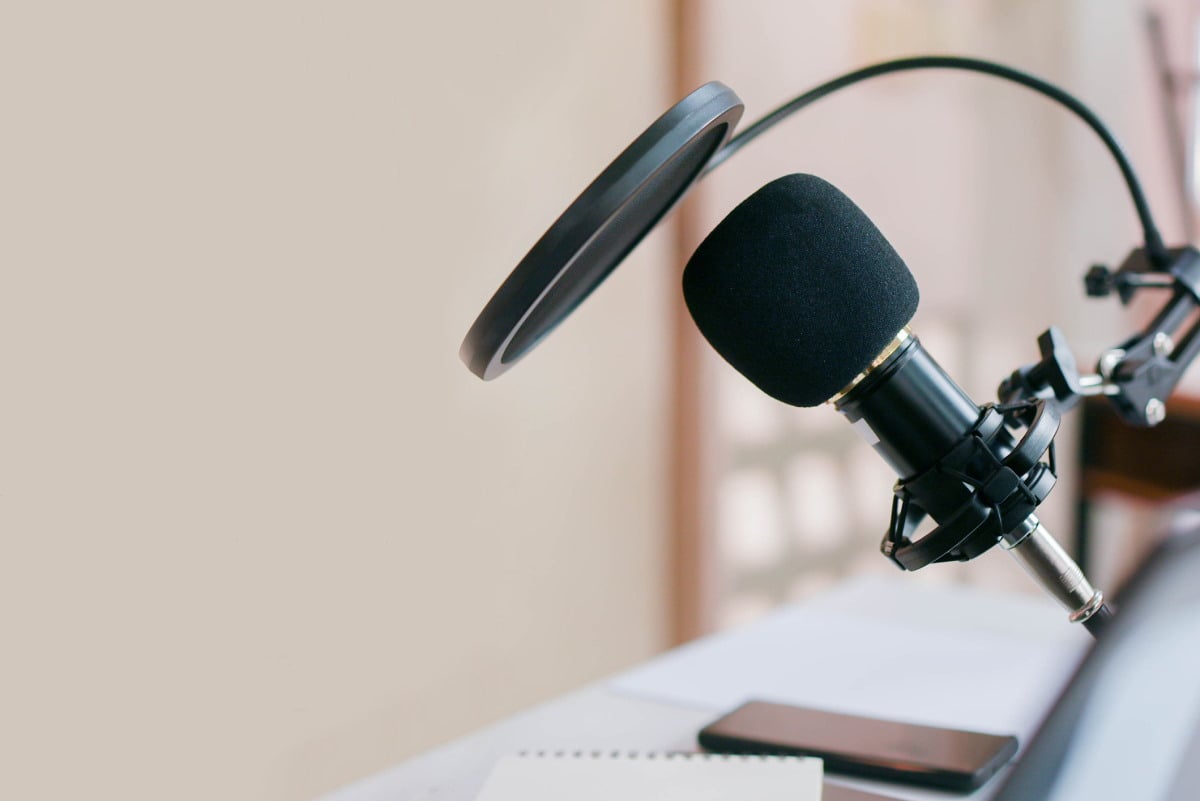 One simple trick that smaller streamers can have for adding interactivity and audience retention is welcoming new viewers to the stream by name. This does not scale infinitely to very busy streams; but other tools such as live donations like Superchats and subscriptions make it easier for live stream hosts to thank viewers by name for a little interactivity.

Additionally, some live-stream platforms come with their own interactive tools such as polling, live Q&A, and whole suites of unique features that live streamers are welcome to get familiar and creative with.

Re-streaming is the practice of having one live stream go to multiple streaming platforms at once. This has the advantage of growing how many viewers your live stream can potentially draw from– and by quite a lot! This addresses the problem of reach quite well– but what about retention?

Each live streaming platform like Facebook Live, YouTube Live, Vimeo, etc has their own separate set of interactions such as live chats. When multi-streaming, it *can* be difficult to keep up with multiple live audiences. 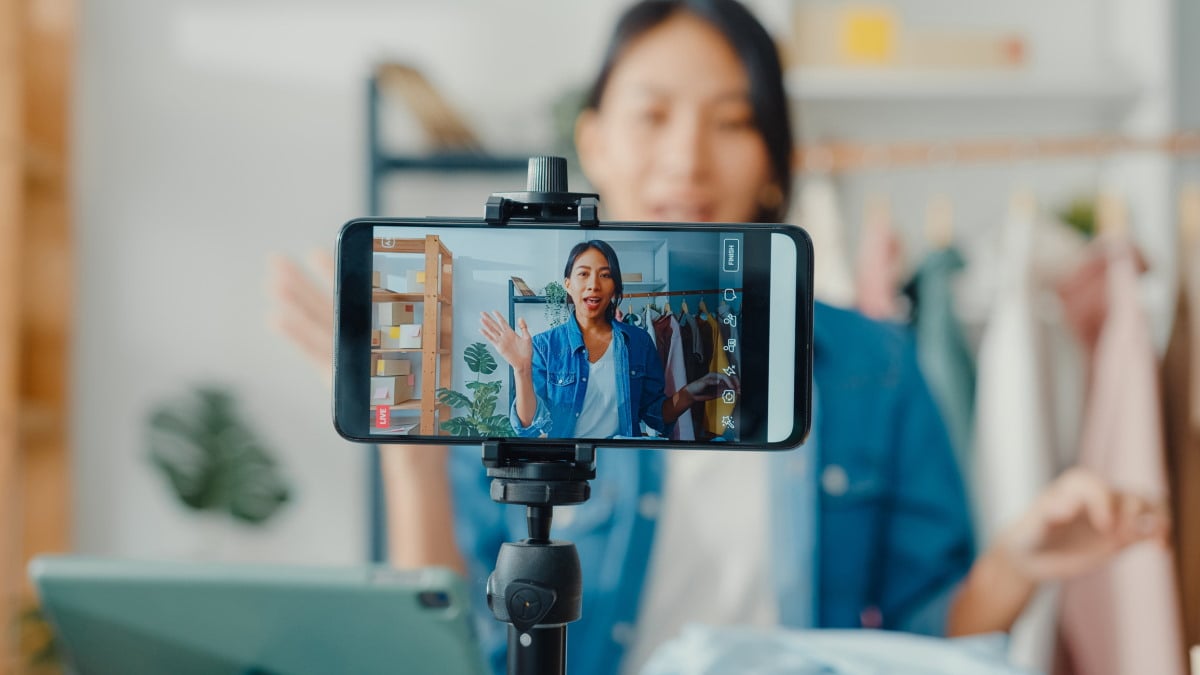 What is a live streaming platform exactly?

YouTube, Facebook, Vimeo, and other popular social media or video-sharing sites typically have a ‘go live’ feature these days. Each of these are popular streaming platforms. The terminology around streaming platforms can be a bit confusing. Think of a streaming platform like a stage or auditorium. It’s where you go to put a show in front of an audience.

The part where this gets a little confusing is where you draw the line between in-browser streaming solutions that can stream to multiple other platforms. Technically, these can count as both streaming platforms, and streaming software. Examples of this are Stream Yard and Digital Samba.

Then there is distinctive streaming software, such as OBS. OBS does not have an audience built-in, but you can connect your camera and microphone to it and then point a live feed of OBS to any streaming platform that you want.

For our purposes, we’ll make the distinction between streaming platforms like YouTube, Facebook, etc and in-browser streaming solutions. Just be aware that it’s common for those two to get conflated.

All of these streaming platforms have some serious overlap in functionality. For each of these you may want to go live for the purpose of promoting your live stream to these considerably large audiences.

Each of these websites allows you to go live, and provide push notifications to your followers when your live stream is up. Also, all of these platforms give a little more priority to live streams than they do regular video content. In effect, each of these platforms has the same goal that you do; they want to keep their users on their platform and engaged for as long as possible.

What’s also worth considering is how each of these platforms actually competes with one another for user attention.

Lastly, it’s important to know that all of these streaming platforms are generic streaming platforms, meaning that they won’t have unique or interactive features built-in for users to interact with, such as whiteboards, Q&A, or stream integration with specific softwares. 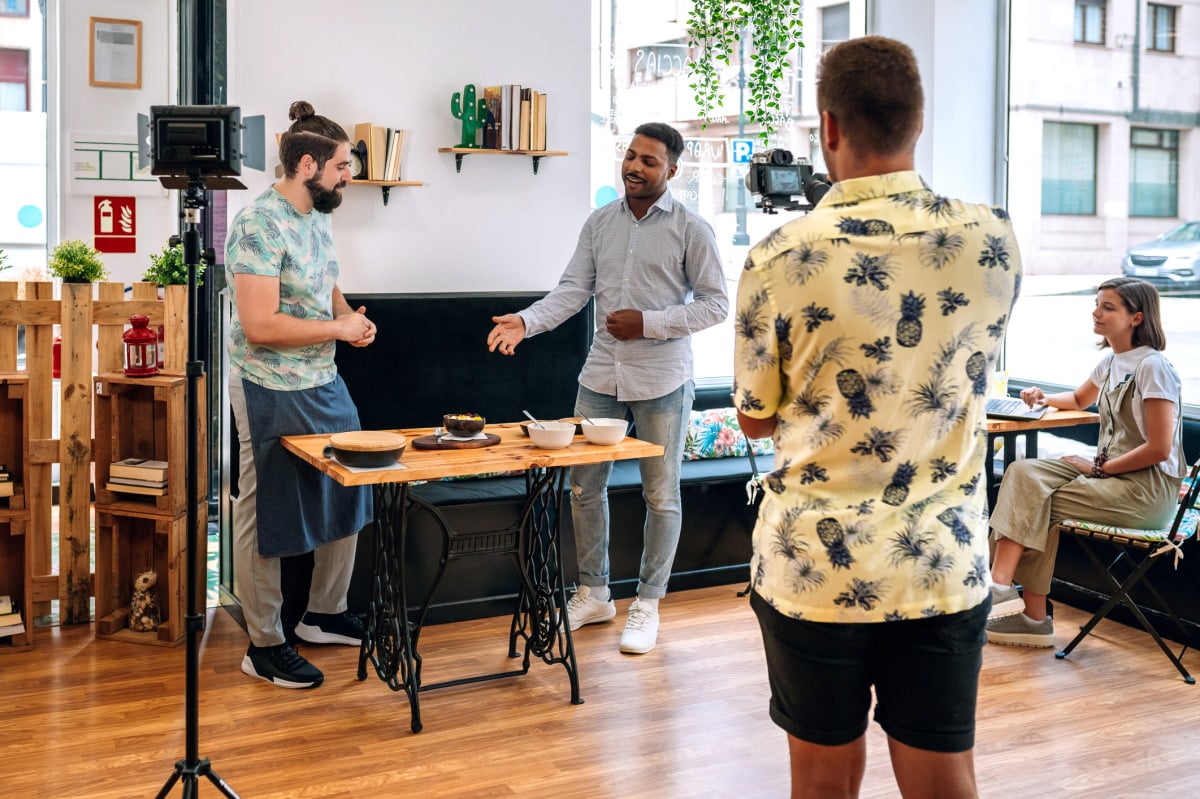 The first major difference between each streaming platform is the available audiences. Consumers all have their unique preferences about what apps they do and do not use to consume media, so streaming to a platform that has the demographics that you’re looking to target or reach is an important aspect of having successful live streams.

Secondly, not all of these streaming platforms have identical feature sets. YouTube, for example, allows a feature called superchats. This is essentially a donation with a message to the streamer tied to it. Twitch has Twitch Prime subs, which are similar to Superchats.

Vimeo, on the other hand, is generally more friendly to high-definition streaming than other streaming platforms, and it focuses on visual aspects of live streams with possibly more available bandwidth resources per active live stream compared to other platforms.

So, if you are planning on streaming in 4k, or have a detailed and complex video stream to show that would look pretty bad if it got compressed to oblivion, you may consider Vimeo as your preferred streaming platform.

Facebook has its own unique feature that theoretically allows for incredible reach. Users on the platform can share live streams to their personal pages. Every Facebook account is both a consumer of media and a source of media– so having your live stream shared by users, in theory, gives your stream an advantage for how many people can see it.

Why pick? Stream to everywhere at once!

Multi-streaming is a great strategy for when you want to maximize the exposure that your stream has to the general public. After all, if every streaming platform has their own strengths and weaknesses, then why not stream to all of them? 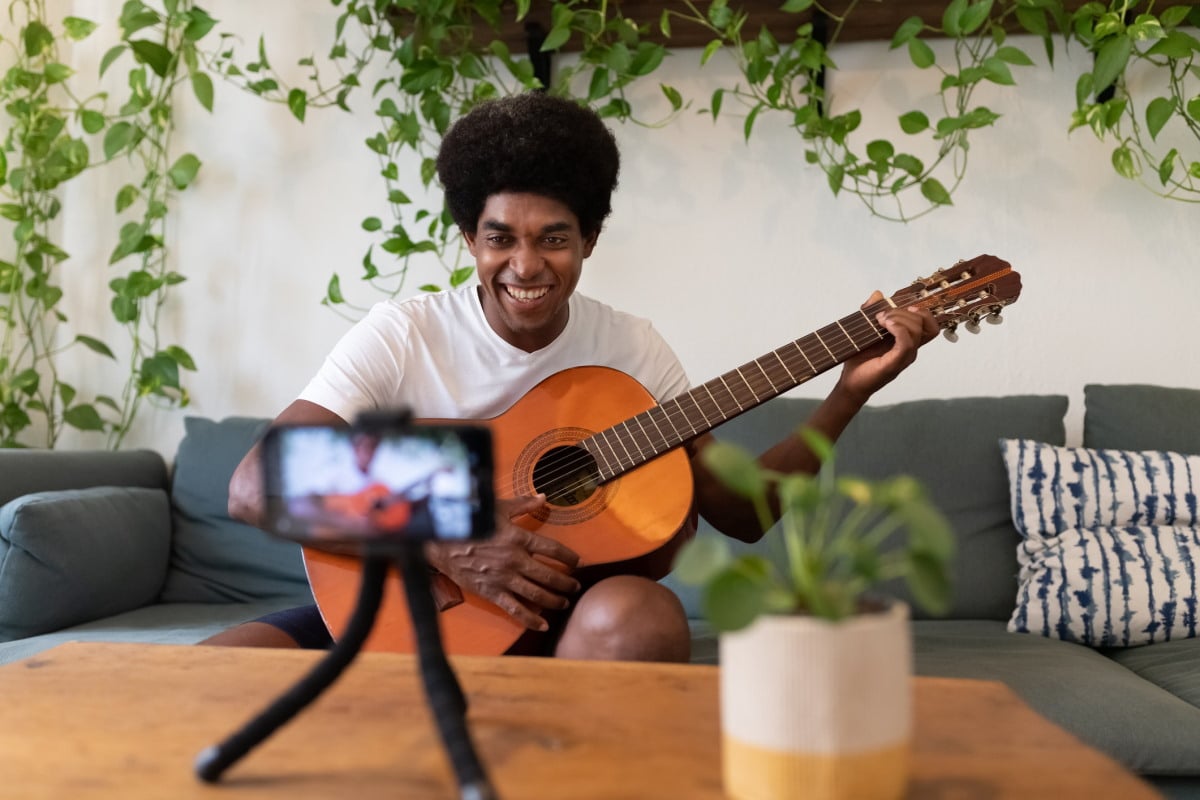 The logistics of streaming to multiple destinations at once is very resource intense. A copy of the video data that you are generating with your computer must be sent, separately, to each streaming destination. There are multiple services that do this that we will talk about in other articles to weigh the pros and cons of.

But, for our purposes here we’ll discuss a possible setup that is easily achievable with Digital Samba, and describe why it’s a good pick.

Additionally, Digital Samba has a ton of useful and interactive features that allows for audiences or guest participants to interact with the rest of the stream such as whiteboards, live Q&A, user polling, and more.

More on multi-streaming with Digital Samba

Each major streaming platform has its own set of drawbacks and issues– but the chief benefit to all of them is the users that they have and retain. It’s also true that your live stream will tend to aggregate to one platform – especially if you live stream on a regular schedule.

This means that when multi-streaming, whether you try to or not; most of your viewership will come from one platform.

The catch is that each of these platforms has its own whims about what they do and does not allow, what demonetises your channel, and generally a whole lot of hoops that you have to jump through in order to continue using their platform.

Ultimately, you are not in control – though you may benefit from their user-base.

Digital Samba is a great tool for doing just this because it allows you to leverage two powerful possibilities:

This means that you can start a website that you own, and drive traffic to that site with scheduled live video. This ultimately puts you in complete control of your stream. Though you will have to build a user base by pulling them from other traffic spots around the internet.

Once you produce a live show, Digital Samba keeps a copy of that show which you can either re-stream to other platforms like Facebook as if it were a live production (Facebook, YouTube, and Vimeo don’t know if a recorded file or a genuine live production are being streamed to them; so they assume that all streams are live, and all uploads must be a pre-recorded file) or keep and upload to any other publication venue that you may want.

These two tools allow you to have maximum exposure of your live stream to the general public and a clear and obvious way to route traffic to a website or venue that you control.

There are many types of ways that people can find success from live streaming, but this strategy allows for any combination to be reached by covering all of them simultaneously.

If you are interested in live streaming, request a live demonstration of Digital Samba’s software to see for yourself if this is the right solution for your live streaming journey.

What Is a Simulcast and How it is Different from Multicast? 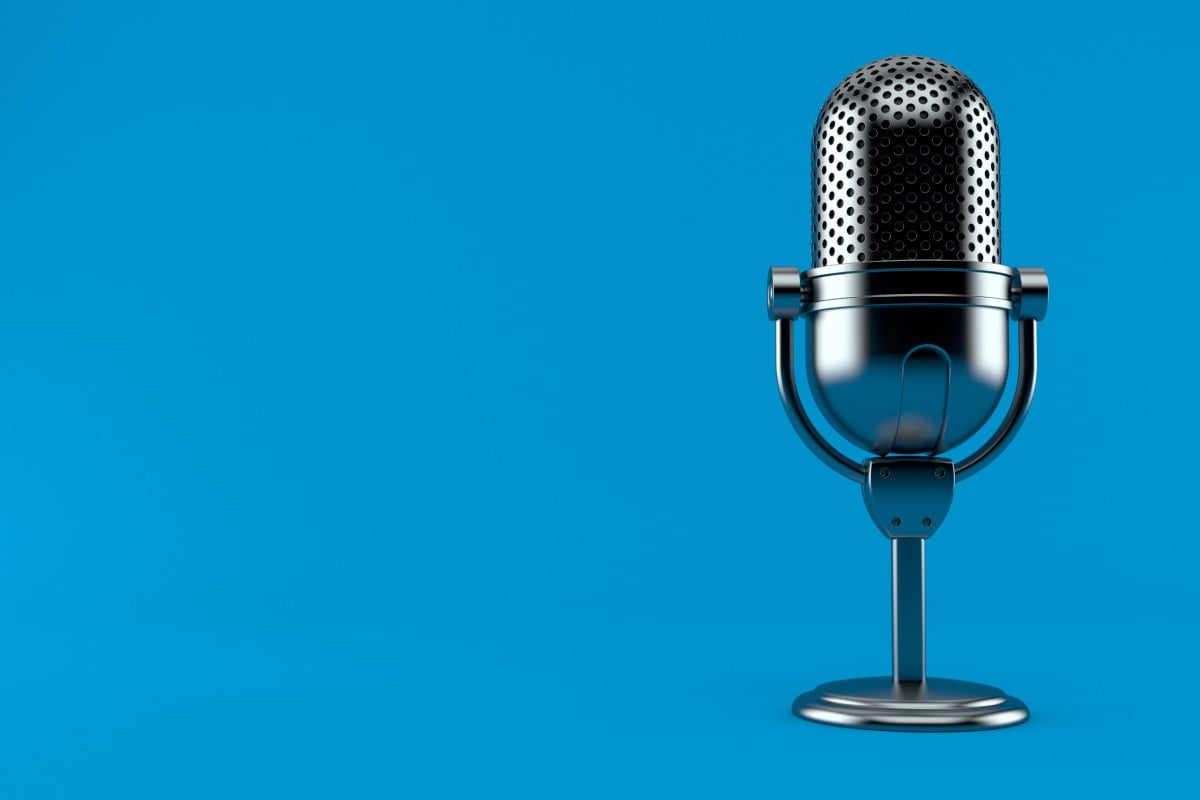 What Is a Simulcast and How it is Different from Multicast? 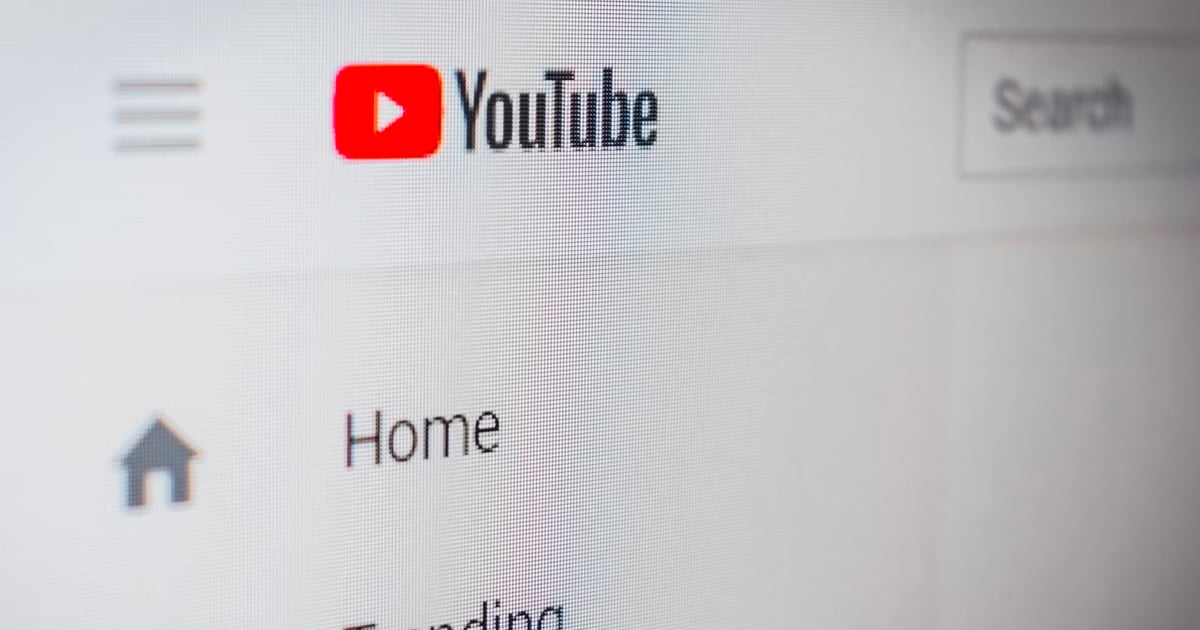