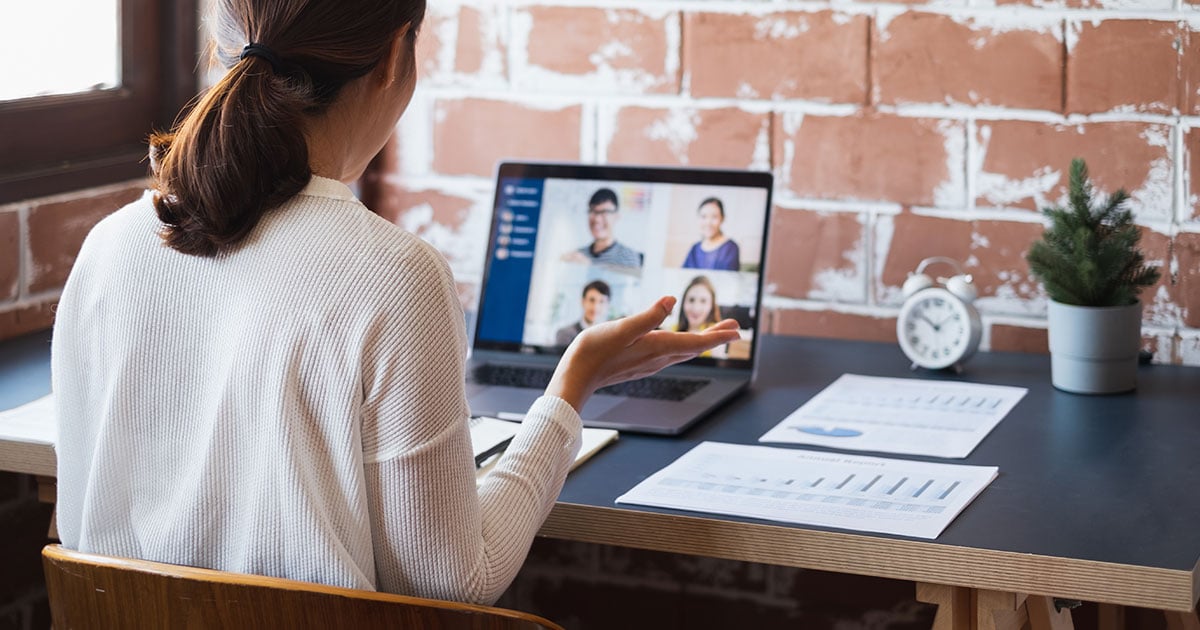 What is the difference between video conferencing & teleconferencing?

Video conferencing is growing at a rapid pace while adaptation in businesses skyrockets and software advances. You might be confused about the differences between teleconferencing and state-of-the-art video conferencing. Let us remove any ambiguity.

Teleconferencing is a more traditional conference calling approach that uses the telephone system in order to connect multiple to an audio call at once. It goes back to the days of analog telephone systems and party lines.

Another thing that happened is that the world moved over to digital phone service with the advent of the internet, so today, when you use phone conferencing connections, you’re still technically using the internet to pull that off.

They’re also limited to just audio conferencing, so it can be challenging to discuss an idea over a phone line.

In the last few decades a lot of technological advancement has happened around the internet and digital communication in general.

Nowadays, the bit rates have increased to such a point that most internet connections can support multiple live streams of high quality video and audio.

The devices that send, process, and receive our digital information have also drastically improved since the days of analog telephone.

This means that every typical mobile device today has a digital video camera on it that would be something like the height of scientific research and probably science fiction in the days where telephone conferencing was just becoming popular, so there are a lot of devices that provide the hardware for a video conferencing solution.

Modern video conferencing is how a lot of communication and collaboration is done in our time. Video conferencing software these days is usually dynamic, and flexible. It can typically work from a web browser meaning that end-users aren’t required to install anything on their machines in order to utilize video conferencing with anyone anywhere in the world.

Another massive improvement that came with technology is the cost of video conferencing. It’s usually actually free on a per-call basis.

Lastly, some video conferencing software solutions can still actually do cross-compatibility with the phone system! This means that if you really do want to ‘dial in’ with a phone connection, there are software solutions out there for you.

Similarities and differences of video conferencing and teleconferencing

Both of these things can connect multiple people together in an audio conference and you can hear the participants when they talk. From an audio perspective, they serve the same purpose.

Both of these things actually use the internet to transfer the digital audio signals under the hood.

You can use a mobile phone to connect to either of these things.

And that’s where the similarities pretty much end, because video conferencing can do so much more.

Video conferencing is vastly superior to teleconferencing. It can handle HD videos, is much more flexible and adaptable across multiple platforms or hardware configurations, is cheap to implement and can scale infinitely. It does this while being cheaper to try out.

Small businesses typically opt for video conferencing solutions over trying to invest in having a telephone system installed that’s meant to be able to do conference calls.

There is still a place for conference calling, as long as people continue to use the telephone system to communicate, there will inevitably be times where you want more than two people on the phone at once –  but that is more of a necessary convenience than a technical reason for keeping your mind on how to handle teleconferencing.

In the future, video conferencing is likely to be more commonplace in our lives. Connectivity is still growing, and there’s about a billion people on the planet still without an internet connection. That will change in the coming decades, and video conferencing software solutions will probably continue to adapt to those changes.

Teleconferencing will forever be what it is. It’s a legacy system –  but it did eventually evolve into the live streaming industry that we have today. The same firms and engineers that worked on telephone meetings and webinars eventually developed things like live streaming.

The future for both technologies

The only reason why telephone conferencing today is still used is because people still talk on the telephone system.

That isn’t the case in every country. For example, in China, text messages (SMS) are barely ever used. Individual telephone numbers are less important than WeChat accounts. In those environments where the internet services are providing VOIP (Voice over IP) directly to the software app layer, phone calls are actually voice chat. They’re not two separate things like they are in Europe and the rest of the world.

If the future goes something like that then you could see the absorption of more or less all needs for teleconferencing into VOIP and video conferencing apps. We’re seeing this happen already to a large extent.

Video conferencing itself may continue to evolve to something like full tele-presence. But those come with hardware adoption challenges.

For example, VR and AR both look very promising for the video conferencing development community. Right now VR is a more technically advanced and overall superior way to collaborate online than by communicating with a keyboard and screen.

However, it remains uncertain if or how VR hardware will be adopted in the future, so for now the bulk of interest with video conferencing remains on refining how streamlined, available, and feature-rich the experience is on as many platforms as possible.

Previous Story
← Samba Live 5.8
Next Story
How to add video conferencing to your website →

How to leverage reporting and analytics in video conferencing