We are proud to present the arrival of cloud recordings in our Digital Samba Embedded Meetings product. You can now record your meetings directly on our servers and have them stored on our secure infrastructure for later retrieval.

Quick reminder: The Digital Samba Embedded Meetings product is a prebuilt video conferencing solution that allows you to embed and launch a full-featured video meeting using our API or our recently-launched SDK.

You don’t need to worry about implementing the intricate details involved with video conferencing software - we took care of that for you.

How to get started

We retained the ability to override the team setting at the session level, allowing for fine-tuned control, should the need arise. And of course, you can control both the team- and the session- setting via the API.

When you enable cloud recordings, you will see the following UI elements in the room: 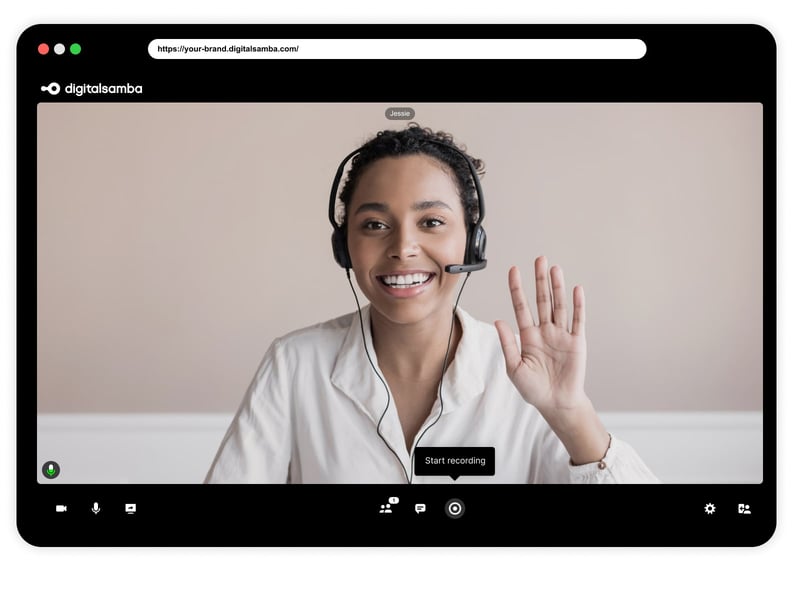 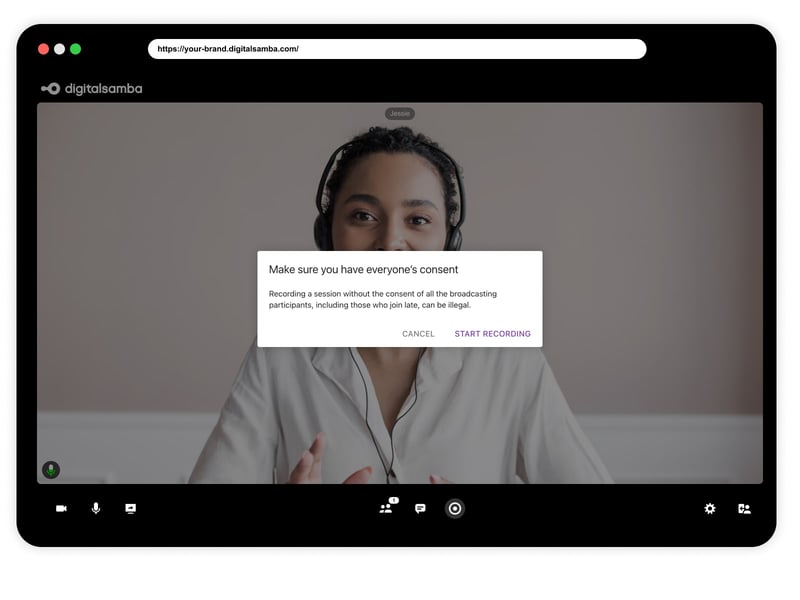 The dashboard has been updated to include a recordings section, containing a list of all recordings. Users can then manage their recordings as follows:

The links are generated on-demand and expire after 24 hours. The above features are also available in the API.

The first part is straightforward. While a recording is running, you pay €0.013 per completed minute. It doesn’t matter how many people are in the session. This is purely the cost incurred while creating the recording.

The second part is a little more nuanced, but it gives you flexibility. It is a monthly storage charge, where the month is aligned with your billing period.

So if your billing period starts on the 9th of the month, then the monthly billing period ends at 23:59 UTC on the 8th of the next month. Let’s call this the billing month. It doesn’t matter if your contractual billing period is quarterly or annually, you will be charged monthly.

At the end of the billing month, we charge you €0.003 per minute of recordings that are stored on our servers. If you want to avoid this charge, you simply have to make sure to delete your recordings from our servers before the next billing month.

Any recordings that are in progress while the billing month rolls over are not counted as stored minutes, and you are not charged for storage of those minutes.

But if you do leave them on our servers, you can rest assured that they are kept safe, using industry standards that adhere to the strictest regulations, including the GDPR.

Cloud recordings allow you to record your meetings in real time. They capture all session activity from the point of view of a participant, preventing disclosure of private information.

Post-processing is swift, and recordings are generally available for consumption a few minutes after you stop the recording. Recordings are provided in the popular MP4 format, unlike some competitors which produce less compatible WebM files. You can easily access management features via the dashboard or via the API.

If you have any questions, feel free to drop us a line. 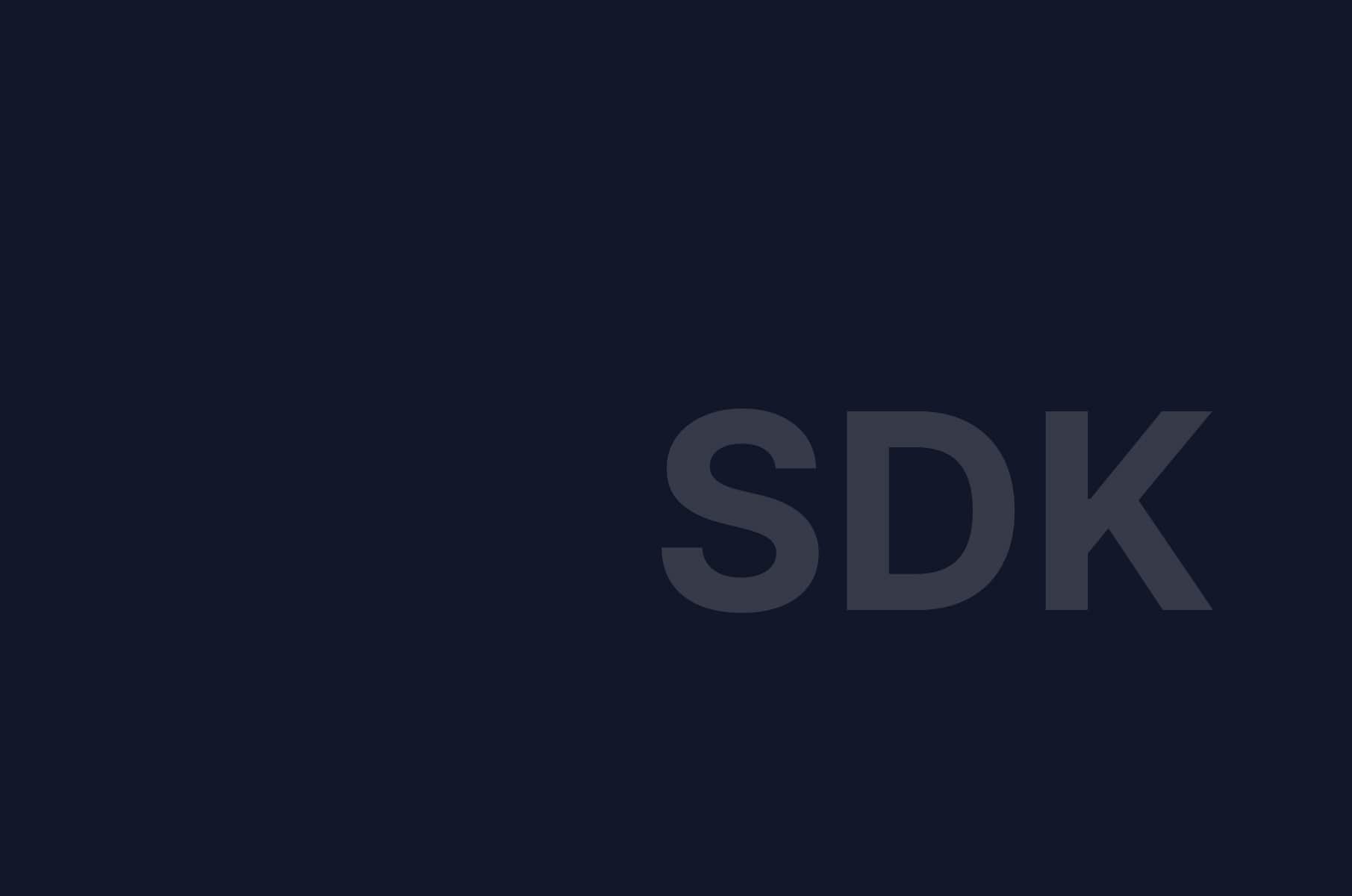 Your Guide to Effective Online Meetings (with Checklist)