How to use breakout rooms in video conferencing

Remember doing group assignments in school? The teacher would split the class up into groups, those groups would work together, and at the end they’d all turn in their assignments and the groups would break up.

Breakout rooms are pretty similar to that pattern, but in a virtual space. It’s useful when you have multiple teams collaborating on something, or if you have a panel of expert guests that may do their own mini-sessions with smaller groups of your meeting attendees.

How to setup a breakout room

The short answer is that it’s specific to your software. Samba Live offers easy-to-use breakout rooms within your video conferences. Other software solutions have their versions too. Some effectively have something like breakout sessions and don’t even mean to.

Voice chat clients like Discord, Mumble, or Ventrilo all have separate voice channels that can serve as breakout rooms without video streaming or screen share features where small groups can hang out separately.

In Samba Live though, you can use breakout rooms by enabling them in the access settings when you set up a scheduled meeting.

This may sound really similar to starting a bunch of separate sessions – and in a way that’s right, but there are some major benefits to using breakout rooms for moderators and event organizers.

Participants can ask you for help, you can drop in on any of the breakout rooms to check how they are doing or answer questions, and you can also broadcast messages to every room.

Meeting hosts and moderators can switch between sessions at any time, so they can accommodate all the separate groups.

The breakout session can be ended by the organizer and that will end the breakout rooms and move everyone back into the meeting.

Ways you can use breakout rooms

Breakout rooms are a handy feature to have when organizing a meeting with large groups of participants. For instance, you may be working with a group that wants to organize into specific teams and then later reconvene. Breakout sessions are typical for startup camp events, and being able to handle them in virtual meetings is a fairly unique thing.

Aside from collaboration when working on projects, they’re also really good for online classrooms and online universities. It’s very common for classes to have group assignments in their curriculum where students are assigned to breakout specifically for training students to work well in groups.

Sometimes, though, it’s just handy to be able to split the participants of a meeting into different groups for various reasons. Occasionally, voice channel rooms that are separate from the main group can be used for explaining key concepts to participants that are having trouble understanding your course material and need a quick one-on-one training session. This way you’re not slowing down the entire group on behalf of just a small group of participants who could use the extra help and explanation.

This can also be used for disciplinary reasons. If a couple students are causing trouble you can isolate them to their own session to warn them, talk about their behavior, or more likely than not just troubleshoot audio problems without disturbing the live meeting for everyone else.

Meetings often have a lot of ground to cover, and they tend to have at least one or two tangents that are worthy of exploring.

Unlike in an actual face to face meeting room, digital meetings can accommodate tangents and multiple topics simultaneously without having to derail the entire meeting thanks to breakouts. If two or more people are getting into the technical details of some matter of their expertise, they can start a breakout session to thoroughly and efficiently discuss until they’re content without disturbing the main meeting. 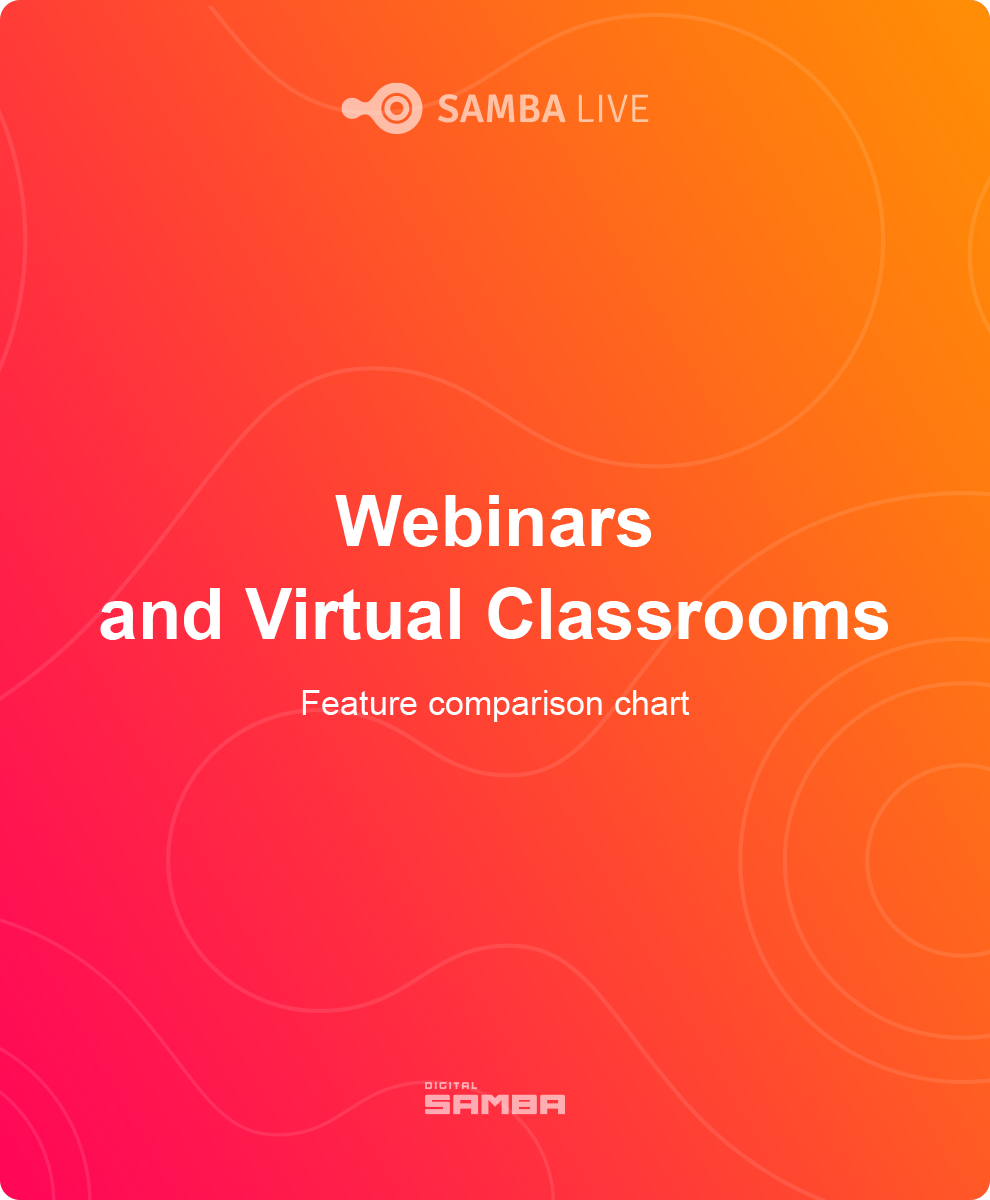 Best Camera for Video Conferencing in 2022

How To Set Up the Best Home Lighting for Video Conferencing